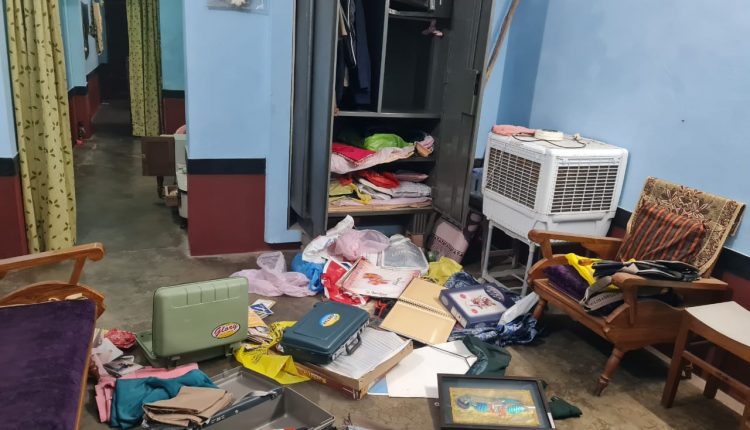 Berhampur: More than half a kg of gold jewelleries have been stolen from a locked house in Odisha’s Berhampur city.

As per an FIR filed in this regard at Berhampur police station, Sulochana Patra, staying in the house at 3rd Lane in Somnathnagar of the city, had gone to her brother’s house in Bhubaneswar on August 29. She had locked up the house before leaving.

On September 5, Sulochana’s neighbour called her up to inform that the lock of the front door of her house was broken. She along with her brother rushed to Berhampur and found the entire house ransacked.

The door locks of the rooms in ground floor and first floor were broken. Besides, the doors of all wall almirahs were also opened. On search of the house, Sulochana and her brother found that all the valuables had been stolen from the entire house.

The list of stolen items mentioned by Sulochana included 600 gram of gold jewelleries. The missing items were a gold biscuit weighing 40 gm, 11 chains, 2 coins, 5 pairs of earrings, 8 rings, 10 lockets and other things. Besides, silver jewellery weighing 500 gm and Rs 11 lakh in cash were also missing from the house.

Sulochana filed the FIR on September 5 and the police registered the case and started investigation on Wednesday.