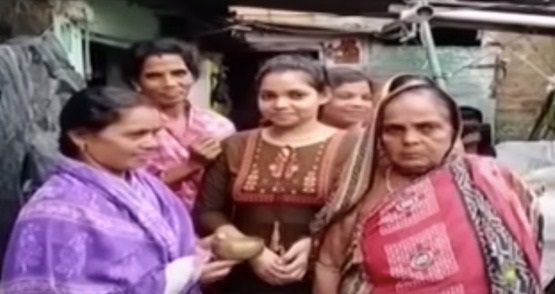 Bhubaneswar: Undeterred by poverty, a girl from a slum area in Odisha capital has become the college topper in Plus 2 Arts stream through determination, hard work and grit.

Transforming challenges into opportunities is the policy adopted by Rubirani Swain, who secured 86.5 per cent in the examination conducted by Odisha’s Council of Higher Secondary Education (CHSE) to emerge as the topper in Arts stream in Biju Patnaik College of Science and Education.

With big dreams, she has set goal to study MBA and start her own business instead of craving for any job in the government or private sector.

“I draw inspiration from my father who runs a small shop for livelihood. I also want to do something on my own without working for anyone,” said Rubirani, whose father runs a betel shop near the slum where they live.

“There were many obstacles before me. While limited financial resources was always a major problem, there was no proper place for study in the small fragile structure where we live,” she said.

“However, I was never stung by negative thoughts. Since childhood I resolved to work hard with determination without bothering about other issues. I understood the value of time and never indulged in meaningless activities. My family members also supported me,” she said, adding she studied for 12 to 13 hours everyday.

“Strong will power played a significant role in my success. In future also, I will continue to concentrate on studies,” said Rubirani, adding that she never compared herself with students who came from well off families.

“Nothing can deter one from achieving the goal if one is driven by determination and strong will power. We must translate our dreams into reality through hard work and determined efforts,” she added.

Stating that she expected 90 per cent in the examination, the girl said was satisfied with her score as it is difficult to get very high marks in arts subjects. She had economics, education, political science and Sanskrit as her subjects.