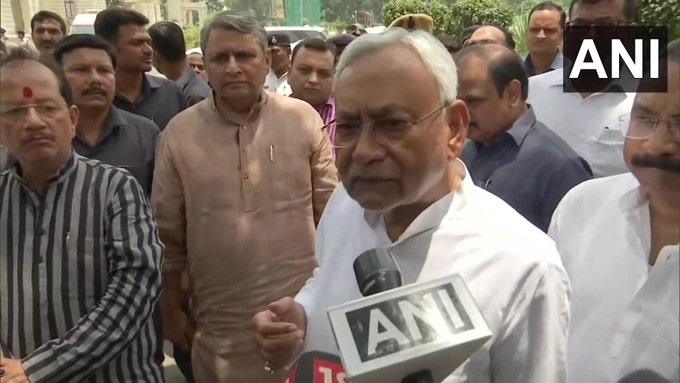 “All MPs and MLAs are at a consensus that we should leave the NDA,” Kumar said after submitting his resignation to the Bihar Governor.

Kumar met his MLAs before deciding to sever ties with the BJP for a second time.

In a tweet in Hindi, JD(U)’s Upendra Kushwaha congratulated Kumar for the “leadership of a new alliance in a new form.”

Tension between the JD(U) and the BJP intensified over Kumar’s concerns that Union Home Minister Amit Shah is working relentlessly to split the JD(U), according to an NDTV report. Kumar blames RCP Singh, a former leader from his own party, for serving as Shah’s proxy, the report said.