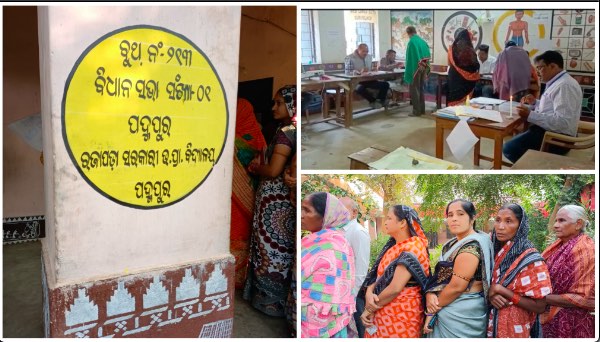 Stating that voting was going on smoothly and no untoward incident was reported till 9 am, he urged voters to cast their votes at 319 booths before 4 pm. Over 2.57 lakh voters, including 12 members of the transgender community, are eligible to exercise their franchise in the by-poll.

“Four EVMs were found faulty during mock voting and another four as voting began. All these EVMs have been replaced,” he said.

Notably, voting was disrupted at Booth No 209 at Rajabaoda Sambar in Padampur as an EVM developed a technical snag a few minutes after polling started this morning, sources said.

He further said that help desks being operated by BLOs are providing required help and information to voters. Volunteers have been engaged to take handicapped and elderly voters to booths.

At least 1,400 police personnel and nine companies of central paramilitary forces have been deployed to ensure smooth voting, he added.