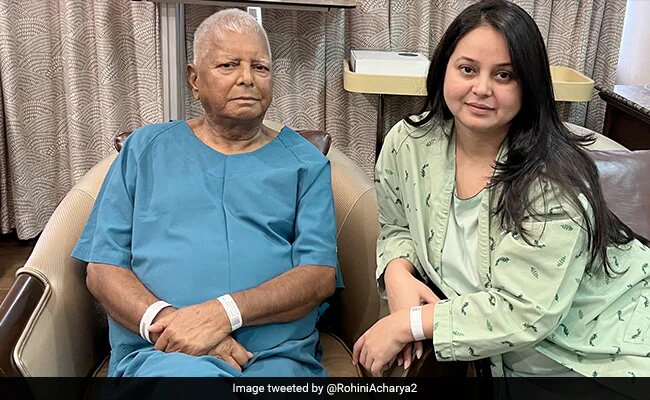 Sharing a pre-surgery photo with her father on Twitter, Rohini said she is “ready to rock and roll” and asked her followers to wish her luck.

Laloo Yadav, suffering from kidney-related problems, was advised a transplant. Rohini had confirmed to NDTV she would be donating one of her kidneys to her father, referring to herself as “destiny’s child.” She is the Singapore-based second daughter of the veteran politician, and often talks about her parents on Twitter. She recently tweeted, “My mother and father are God to me. I can do anything for them.”

On the kidney transplant, she had said it is “just a small chunk of flesh” that she wanted to give to her father, NDTV reported.

A convict in fodder scam cases, Yadav is currently out on bail due to health issues. He had visited Singapore for treatment but had to return due to the expiry of the period a Delhi court had fixed for his foreign visit, the report added.

Ready to rock and roll ✌️
Wish me a good luck 🤞 pic.twitter.com/R5AOmFMW0E