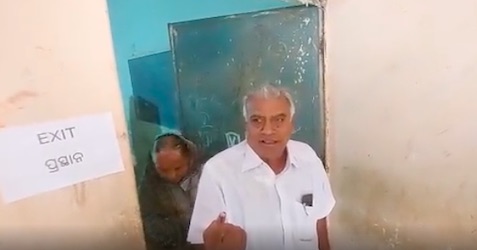 Bargarh: The by-election to the Padampur Assembly constituency saw 8.5% voter turnout till 9 am, the Chief Electoral Officer, Odisha, informed on Monday.

Over 2.57 lakh voters, including 12 members of the transgender community, are expected to exercise their franchise at 3019 booth till 4 pm, unlike in the recent Dhamnagar bypoll where it went on till 6 pm, because of shorter winter days and a part of the area is affected by Left-wing extremism (LWE).

Padampur is a prestige battle for the BJD, having lost the previous one at Dhamnagar to the BJP, the party’s first defeat in a bypoll since 2019. The BJD pulled out its trump card Chief Minister Naveen Patnaik, who physically campaigned for a candidate in 3 years since 2019. The party has fielded Barsh Singh Bariha, the elder daughter of Bijaya Ranjan Singh Bariha whose demise necessitated the bypoll, to cash in on the sympathy wave.

Also Read: Polling Begins In Padampur: How Close Will Be The Fight This Time?

On the other hand, an upbeat BJP had Union Ministers Narendra Sigh Tomar, Ashwini Vaishnaw, Dharmendra Pradhan and Bishweswar Tudu and the entire state leadership canvassing for Pradip Purohit.

While the bypoll is expected to see a close contest between BJD and BJP, Congress is reportedly struggling to retain its dedicated 35,000 votes with Satya Bhusan Sahu, who won the seat three times earlier, and these votes are likely to influence the result, sources said.

Votes will be counted on December 8.