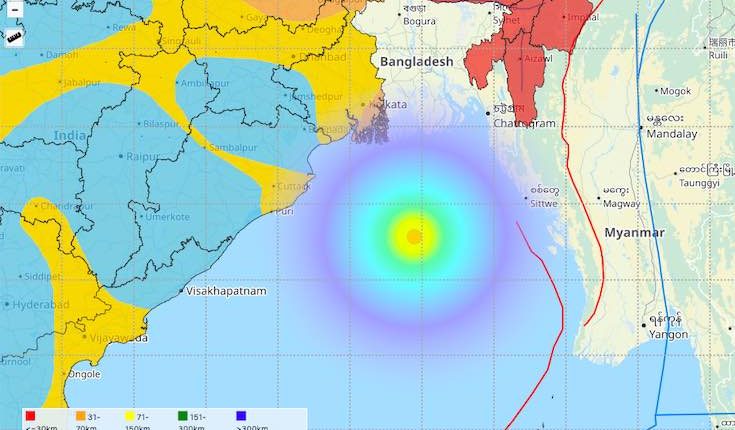 Bhubaneswar: An earthquake of 5.1 magnitude on Richter Scale occurred in the Bay of Bengal around 8.32 am on Monday.

According to National Center for Seismology (NCS)., the epicentre of the quake was about 10 kilometres deep in Bay of Bengal.

The origin point was 421 km east of Puri, 434 km east-southeast of Bhubaneswar and 409 km south-southeast of Kolkata.

However, there were no reports of major flooding and no damage in the coastal areas. The NCS has not yet said anything about whether this earthquake could cause a tsunami or not.

An earthquake of magnitude 3.3 also hit Arunachal Pradesh’s Changlang area this morning. The movement under the earth’s surface was felt around 7.4 am at 92km southwest of Changlang, and the depth was 10 km below the ground, the NCS added.

No reports of damage or casualty have been reported so far.