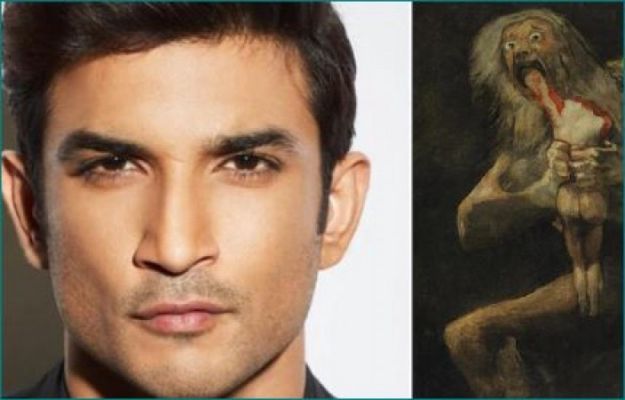 According to a report in Pinkvilla, Rhea told ED officials that during their Europe trip, they were putting up at a 600-year-old heritage hotel in Florence where the rooms were big and adorned with paintings.

She further stated that Sushant was terrified and shaken after seeing one of the paintings on the wall and started chanting mantras.This painting was of Saturn Devouring His Son, she said.

“In the hotel where we stayed, there was a painting by an Italian archaeological painter Funciccio Goya which showed a demon eating a child. It was Saturn Devouring His Son. Sushant was terrified on seeing it and repeatedly said that this painting has a ghost and that the ghost will eat him up,” Rhea was quoted as saying by Pinkvilla.

“After that, I and Showik slept with him in his room that night. Sushant was constantly talking about those paintings, but I handled him and said that this is just his imagination,” she added.

Rhea then revealed that though their Europe trip was scheduled to end in November, they returned to Mumbai in October itself as Sushant was not keeping well.

After returning to Mumbai, Sushant started spending time alone in his room. When his mental health deteriorated, she had to take him to a doctor, the actress said.

“After returning to Bandra, Sushant started living alone in his room. He used to scream and cry in his room. This went on for a few days. After this we decided to take Sushant to a doctor. Sushant was not comfortable with any doctor. So we started changing doctors. Sushant was feeling lifeless after returning from the trip. He remained silent for several days. After this, his health started deteriorating,” said Rhea.

Besides Rhea, Sushant’s house staff had also stated that the actor’s health had started deteriorating after he returned from Europe.