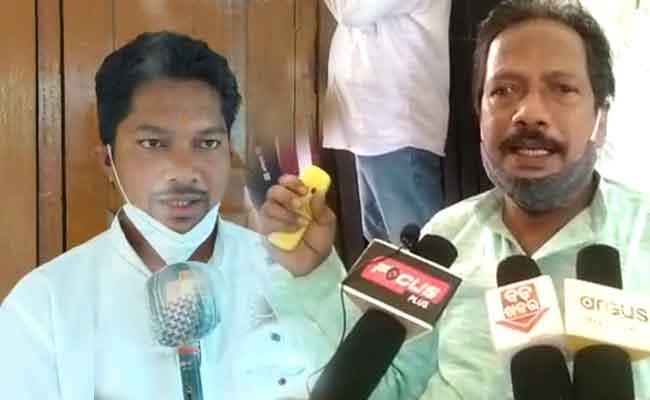 Angul: The inauguration of a COVID care centre in Angul district triggered a row between a BJP MP and party MLA on Sunday.

Sources said Dhenkanal MP Mahesh Sahu was scheduled to inaugurate the centre at Subarnapalli village near Pallahara at 11 am.

Several district administration officials and BJD supporters were present at Adarsha Vidyalaya premises for the programme.

However, Pallahara MLA Mukesh Kumar Pal arrived at the venue before 10 am and inaugurated the centre in a huff.

This has embarrassed the BJD MP, who described the MLA’s action as a political gimmick at a time when people are suffering due to COVID-19.

Sahu said he was supposed to inaugurate the Covid care centre as he has spoken to the district collector, CDMO and other officials for its establishment at the village.

On his part, the Pallahara MLA claimed that he had inaugurated the centre because the MP was late in reaching the venue. “The allegations by the MP are baseless. The COVID care centre has become a reality due to my efforts and I have every right as the local MLA to inaugurate it. The people also wanted me to do this,” Pal said, adding that the MP was indulging in “cheap politics”.

Pallahara Sub-Collector Ajit Pradhan admitted that tension had erupted among two groups of BJD supporters during the event.

Pradhan said the 40-bedded centre has 20 oxygenated beds. COVID patients with severe symptoms need not go to Talcher or Angul for further treatment, he added.