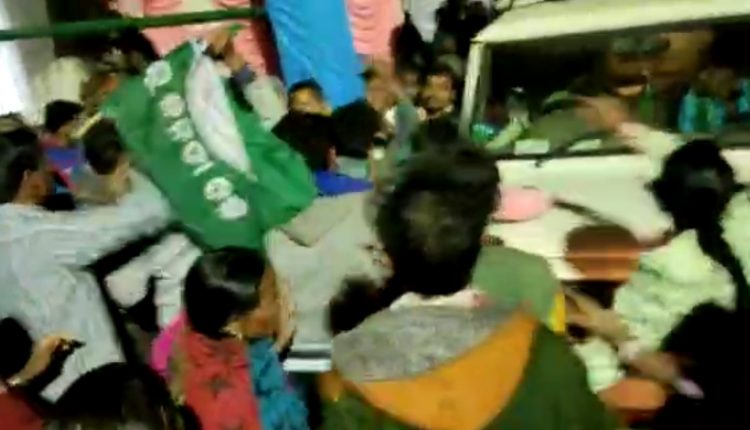 Nabarangpur/Jajpur: The ruling BJD has again faced the allegation of violating the code of conduct for panchayat elections in the state. This time, the party has been found campaigning during prohibited hours at night in Nabarnagpur district and engaging government officials supporting its candidates.

According to sources, hundreds of BJD workers led by party MP from Nabarangpur Ramesh Chandra Majhi had gone to Chakamal village under Anakabeda panchayat in the district to campaign for party candidates in the panchayat polls late Tuesday night.

As Majhi started addressing through public announcement system, he was strongly opposed by the villagers and Congress workers. As the MP and BJD workers continued the campaign, the Congress candidate for zilla parishad member post from zone I under Chandahandi block Puspanjali Hans and her supporters stopped their motorcade in the middle of the village.

Hans said as per the notification of the State Election Commission (SEC) on election code of conduct, no candidate or party can campaign after 8 pm. The BJD candidate and MP violated the SEC order and campaigned in the village late night.

Finally, Hans and her supporter managed to make the BJD workers stop the campaign and leave the village.

In another instance of code violation by BJD, teachers of government schools have been found accompanying the party candidates during campaign in Jajpur district.

While an assistant teacher of Abdul Majjid Nodal School at Alakunda under Binjharpur block was present in an election meeting of BJD, another teacher of Upper Primary School at Taliha Garadeswar under Dasarathpur participated in the campaign of the ruling party. 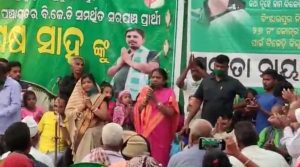 BJD legislator Pramila Mallik, leaders and their supporters went for the campaign for the party candidates in both places.

While the local people raised objection to involvement of the teachers in BJD campaign, the opposition parties said they would take up the matter with the SEC.

It may be noted that opposition BJP and Congress have complained to the SEC about poll code violation by the ruling BJD at several other places.