Watch: Panel To Decide On Relocation Of Satkosia Tigress Sundari 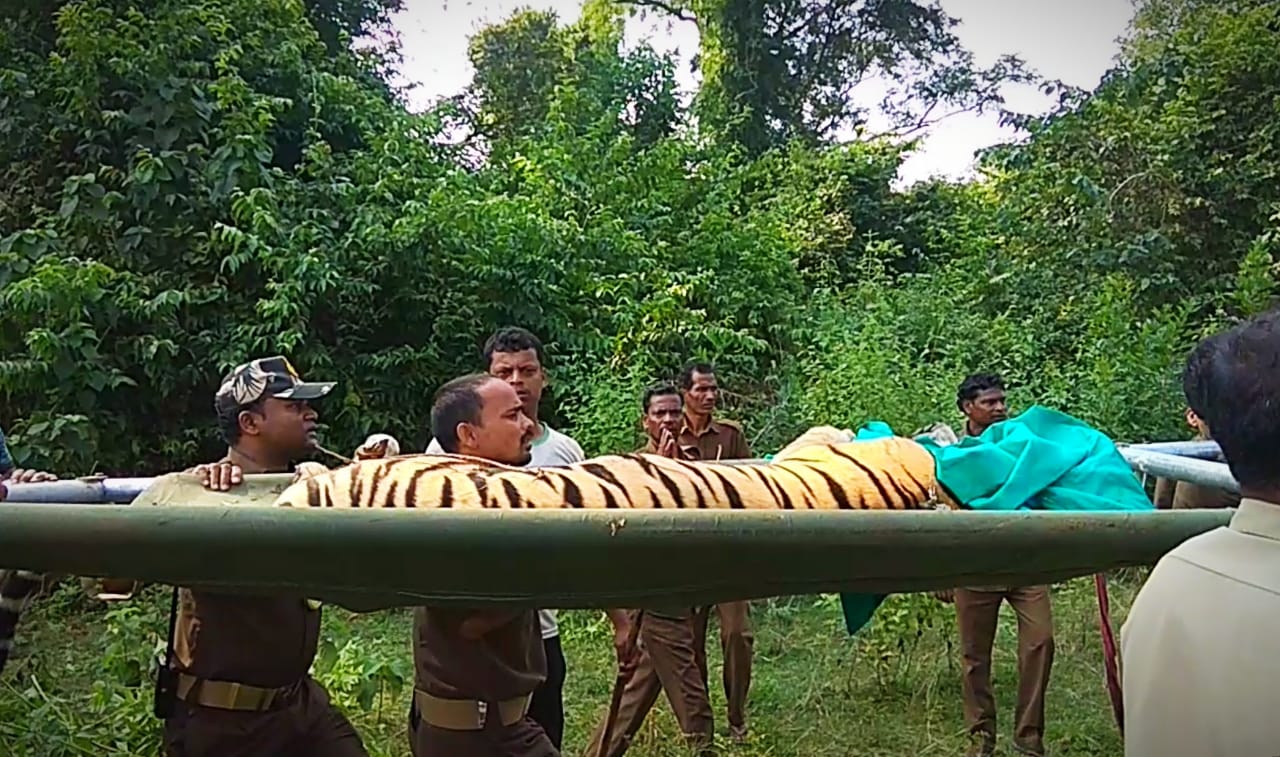 Bhubaneswar: A decision on relocating Royal Bengal tigress Sundari, which was tranqualised by an expert team on Tuesday, would be taken within a week.

The tigress is currently being kept in an enclosure at Raiguda in the core area of Satkosia Wildlife Sanctuary in Odisha’s Angul district.

“A high-level committee comprising experts from the National Tiger Conservation Authority (NTCA), Wildlife Institute of India (WII) and the State Forest and Environment department will observe the behaviour of the tigress inside the enclosure for three days and then take a decision on its relocation,” Principal Chief Conservation of Forest (PCCF) Sandip Tripathy told mediapersons here on Wednesday.

He said the Bengal tigress after being released into the wild of Satkosia on August 18 had strayed into human settlements in Athmallik and Athagarh, preying on livestock and is even suspected to have mauled two persons to death. “The committee after closely observing the behaviour of the tigress inside the enclosure will decide whether she would be released again into the core area of Satkosia or in other sanctuaries of the state,” he said.

“The first option is that the tigress should be kept inside the enclosure. Second, the tigress should be sent back to Bandhavgarh Tiger Reserve in Madhya Pradesh from where she was brought as people here are strongly opposing the tiger conservation project in Satkosia. Tigers are not safe in Odisha and this is evident from the decomposed carcass of a Royal Bengal tiger found inside the Debrigarh Wildlife Sanctuary in Bargarh district. Besides, these big cats are also not safe in Similipal National Park in Mayurbhanj and Satkosia Sanctuary as their number has considerably dwindled in the last two decades. Lastly, she should be immediately relocated in other sanctuaries either in Odisha or in the neighbouring states. Since there is not enough food for the tigress, she has been moving around the human settlements and targeting domestic animals. If she is released again into the wild of Satkosia, there is every possibility that the people will kill her,” Patnaik said.

On the other hand, the Forest Department maintained that relocation of Sundari will have no impact on the tiger conservation project. “Since the male tiger Mahavir, brought from the Kanha National Park in Madhya Pradesh has quickly adapted to the environment of Satkosia, efforts will be made to bring more tigers from Madhya Pradesh to Odisha to raise their population,” said a senior forest official.

Watch: Sweets Brighten Up The Festival Of Lights