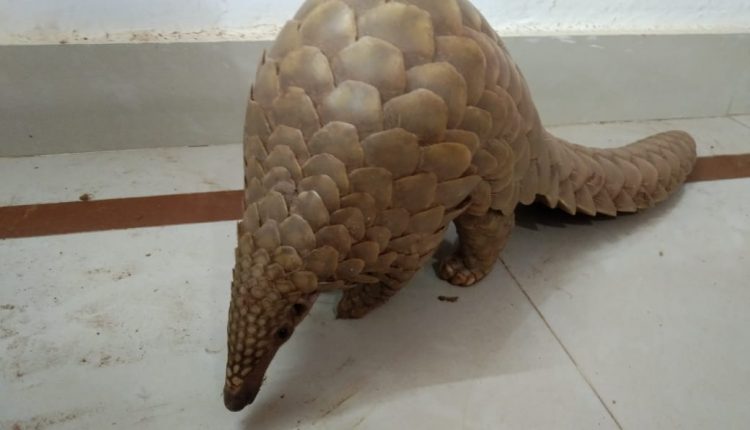 Balangir: A team of Special Task Force (STF) seized a live pangolin and arrested one person for allegedly smuggling the scaly-skinned mammals in Balangir district.

The accused are Ajit Kumar Budek of Tamian under Larambha police limits in Balangir district.

Acting on tip-off, the STF team along with Balangir Forest Department officials raided the road near Baragoan Chhaka under Deogoan police limits of the district on Tuesday.

During search, the team found one live pangolin and other incriminating articles from his possession. The accused could not produce any authority in support of possession of the pangolin, for which he has been detained and handed over to Balangir Forest Officials.

The live pangolin was also handed over to DFO, Balangir for safe custody. Investigation into the matter is on.

Reports On Omicron Being A Mild Variant Misleading, Says WHO Chief