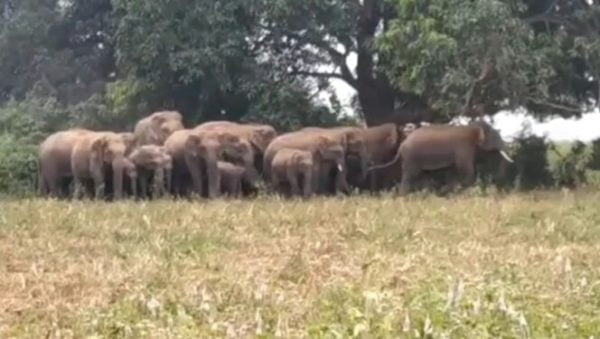 Angul: A herd of 32 elephants reportedly went on a rampage and destroyed crops on acres of land in Odisha’s Angul district.

According to sources, the herd had strayed into Jamugadia village in Bantala area of the district causing panic among the farmers. The herd has reportedly destroyed crops on large tracts of agriculture fields leaving farmers worried.

All efforts by the villagers to divert the elephants from the area and save their crops have gone in vain.

The villagers are keeping guard at night while forest officials are taking stock of the situation and trying to drive away the elephants, the sources added.