The audience will get to see Papu as the main lead and Sujit in a negative role.

Actress Manisha of Baripada in Mayurbhanj district, is the lead lady and will be making her Ollywood debut with the movie being produced by Pratima Productions. 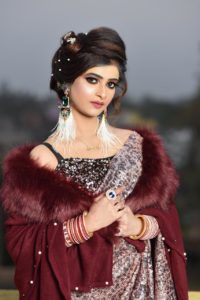 “Papu has always been my inspiration. I am very happy that I got to play a role against him in my first film,” said Manisha.

Producer and Director of the movie are Samprit Swarup Satpathy and Jitendra Mohapatra say the movie has something new and different for the audience.

The movie, based on comic chemistry, will definitely entertain the audience, say the makers of the movie.

Music for ‘Gaan Ra Naa Galuapur’ has been composed by Amarendra Mohanty.

Besides, Mihir Das, Kuna Tripathy and Antaryami will be seen playing different roles in the movie.

Shooting is nearing an end and is likely to be released on April 14.