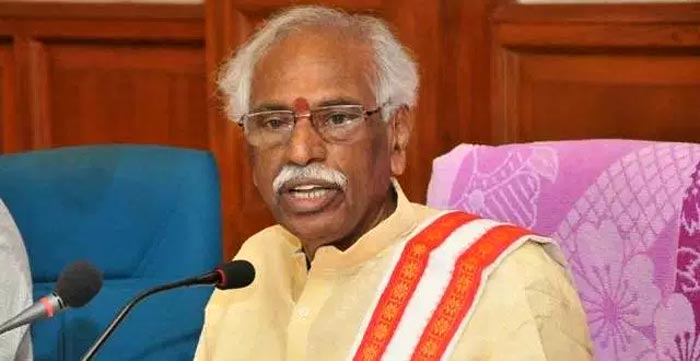 Shimla: Himachal Pradesh Governor Bandaru Dattatreya was allegedly manhandled by some Congress MLAs when he was leaving the Assembly after delivering his address on the opening day of the Budget Session on Friday.

No sooner had the House assembled at 11 am, than Congress members rose from their seats and started giving slogans.

They alleged that contents of the Governor’s address were “a bundle of lies” as the issue of rise in cooking gas, petrol and diesel prices was ignored.

Amid the din and ruckus created by the Opposition, the Governor read only the last line of his address and said that his entire speech should be deemed as read.

The Assembly was adjourned till 2 pm on Monday, but later reconvened to consider the motion moved by Bhardwaj. The five MLAs were suspended for the rest of the Budget session.

Himachal Chief Minister Jai Ram Thakur condemned the behaviour of the Congress members in the House, saying it was “uncalled for”.