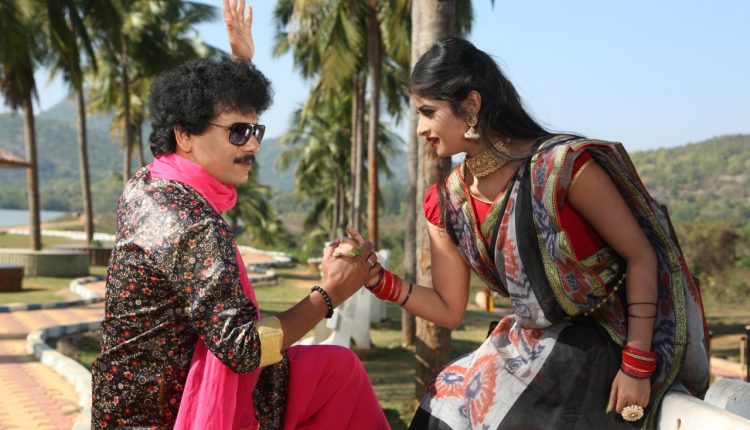 Bhubaneswar: Ollywood is providing a banquet of choices to movie-goers in Odisha this Durga Puja. After ‘Mana Mo Neigalu Re’, actor-comedian Papu Pom Pom’s ‘Gaan Ra Naa Galuapur’ was released in 21 theatres across the state on Friday.

While Manisha has been cast opposite Papu pom Pom, Sujit plays a negative character in the movie.

Manisha, who belongs to Baripada, is making her debut in the Odia film industry with ‘Gaan Ra Naa Galuapur’.

Mihir Das, Kuna Tripathy and Antaryami are playing other prominent roles in the film, produced under the banner Pratima Productions.

The Jitendra Mohapatra-directed film has been produced by Samprit Swarup Satpathy while Nandalal Mohapatra has written the screenplay and dialogues. Amarendra Mohanty has composed the music.

“Odia films are releasing in theatres after a long time. We are hopeful of seeing people thronging the theatres to break the boredom. Several veteran actors are playing played vital roles in the movie,” said actor Papu Pom Pom.

Notably, the release date of the film was April 9, but it had to be postponed due to the second wave of the COVID pandemic.

“The audience will also love the songs and enjoy the action sequence and emotions in the movie,” he added.