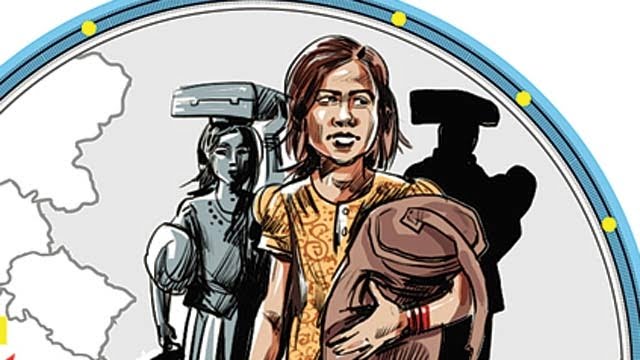 Bhubaneswar: With no whereabouts of Pihu, the two-year-old girl of Jajpur, who is missing since August last year, her parents have staged a dharna in front of the residence of Women & Child Development Minister Tukuni Sahu on Friday.

The parents decided to come to Bhubaneswar and meet the Minister after their pleas to Jajpur collector and SP went unheard. But, as the Minister was absent they sat on a dharna outside the gate of her official residence.

They are demanding government action in the case and rescue of the child at the earliest. They have threatened to stage a dharna in front of the Assembly if their pleas goes unheard.

Pihu’s mother questioned that when 64 children of Jajpur district were rescued during the week-long  special drive by police, why was Pihu not among those brought back home?

The girl of Madhusudanpur under Binjharpur police limits in Jajpur district went missing while playing in the village. Her mother said “Pihu went missing on August 9 and case was filed on August 14 and that was the only day police had come to inquire, ever since there has been no follow up.”

The incident of Pihu had grabbed headlines along with Nayagarh girl Pari who was allegedly raped and murdered last year.

Which Iconic Leader Will Kangana Ranaut Play In Upcoming Film? Find Out Here