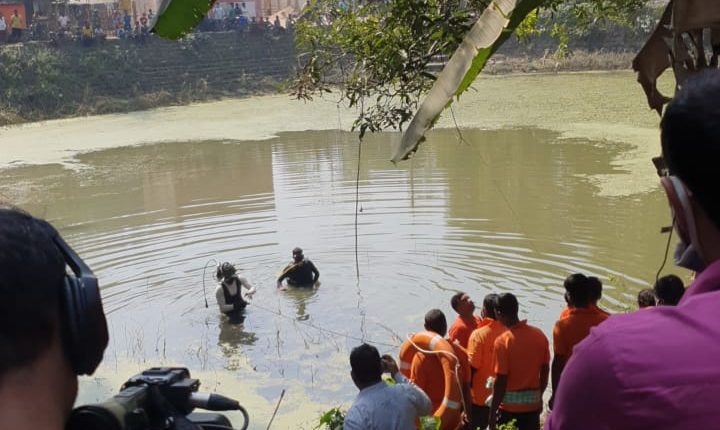 Nayagarh: The Crime Branch Special Investigation Team (SIT) probing the rape and murder of a minor girl, got another evidence against the accused after the recovery of the leggings of the deceased from the pond in Jadupur village on Tuesday night.

Suspecting that the accused might have thrown the leggings of the minor girl in the pond near his house after rape and murder, the SIT had decided to flush out the water from the pond in the morning. After the ODRAF team evacuated the water, the SIT team searched the pond and recovered the leggings and a stone inside a polythene cover.

While the Crime Branch is yet to provide the details of the colour and size of the leggings, the parents of the deceased minor girl told the media that their daughter had worn blue leggings on the day she went missing.

The SIT chief Arun Bothra in a press briefing on Tuesday said that the prime accused Saroj Sethi had strangulated the minor girl as he undressed her for rape. After raping the corpse, he put the body and the frock inside a sack. Sethi then covered the sack with coconut leaves and hid it under a bush near a pond.

But as the accused had forgotten to take the leggings of the deceased girl, he might have thrown it in the pond.