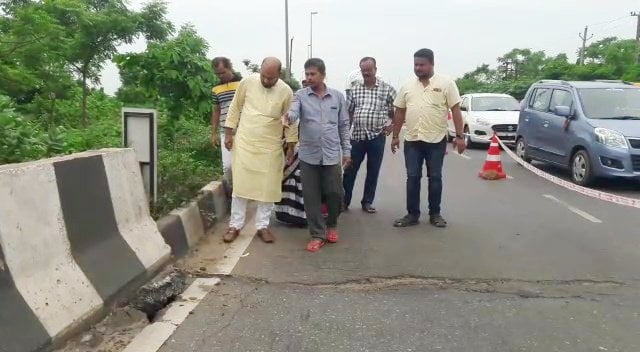 Cuttack: Vehicular traffic was disrupted after a portion of the Kathjodi bridge on National Highway-16 near Cuttack reportedly sunk on Wednesday.

Following the incident, senior officials National Highway Authority of India (NHAI) rushed to the spot and cordoned off the area where cracks had appeared on the the bridge. Besides, the Commissionerate Police also arrived at the affected area of the bridge to regulate traffic movement.

Cuttack MLA Mohammad Moquim, who rushed to the spot, said he will urgently take up the matter with the authorities concerned.

Notably, a portion of a flyover at Palasuni in Bhubaneswar had sunk on August 25.

Thundershower In 8 Odisha Districts This Evening