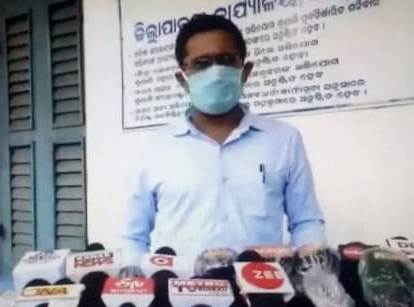 Keonjhar: The Keonjhar administration on Sunday declared a partial shutdown in Anandpur Municipality from Monday until further orders after the detection of 10 COVID-19 cases in the last 24 hours.

Briefing the media, Collector Ashish Thakare said grocery and vegetable shops and other trading establishments dealing with essential commodities will be allowed to open from 7 am to 2 pm during the partial shutdown. However, medicine shops will remain open.

The collector further said that the administration has decided to relax the shutdown restrictions in Badbil Municipality as no new cases have been reported from the locality in the last 24 hours.

“We will allow grocery and vegetable shops to remain open from 7 am to 2 pm. Home delivery and e-commerce services will continue during the day. Banks have also been allowed to operate from 8 am to 12 pm,” he added.

Stating that the administration has already declared shutdown in Kushakela panchayat and sealed the campus of the under-construction medical college at Kabitra, the collector said a private steel plant in Bansapal has also been sealed for 14 days after some workers tested positive for the virus.