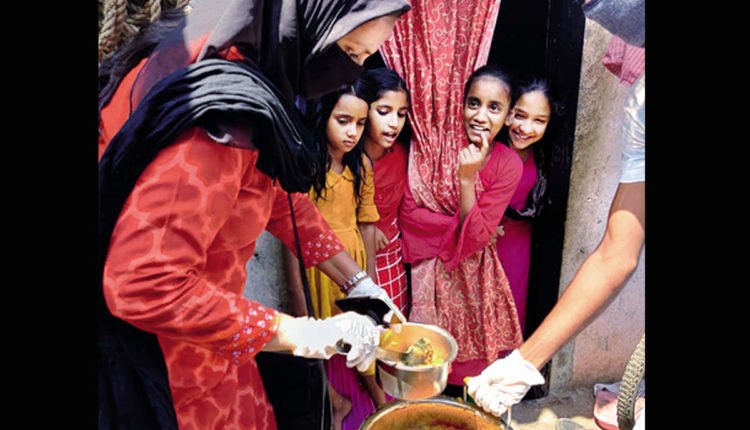 Mumbai: The lockdown to contain coronavirus has essentially shut all avenues to a livelihood and now, people are staring at hunger. Despite government attempts to offer meals to many, the gaps remain given the size of population. Plugging these gaps, Samaritans- Mizga Shaikh and her husband Faiyaz have risen to the occasion.

The couple living at Malad in Mumbai not only worked towards educating the less fortunate, but also provided two meals a day to around 1500 people by dipping into their personal savings and contributions from family members and friends, according to a report in Navbharat Times.

They had saved around Rs 4.5 lakh to purchase a new house but they used up all the money to help those who couldn’t afford their meals.

The students of the school told their principal Mizga Shaikh that they couldn’t afford to pay the fees during the lockdown. Mizga then waived off their fees for three months.

Mizga reportedly said, all the children mentioned there was just one smart phone in their house which is used by their parents. In such a situation, it led to problems for classes. Meanwhile, she also came to know that there are many children who could not get 2 meals a day as their parents were unemployed. 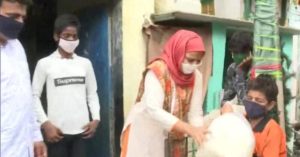 Mizga and her husband approached friends and family to contribute in the total and started distributing dry ration which was purchased locally from Malwani and donated that to the students and the families. Now it’s been four months since they have been donating the ration to around 1500 people, exhausting all their savings in the process.

The concerted efforts of the couple went viral on social media and drew praises from netizens including industrialist Anand Mahindra. He took to Twitter praising the couple’s efforts.

Couldn’t bring myself to swipe down after seeing this.Don’t know many people-wealthy or otherwise-who’d donate their home savings for a cause. If the @timesofindia journalist who covered this vouches for its accuracy,it’ll be my privilege to compensate the couple for their loss. https://t.co/Rn8pyv6S5l

Auto driver Sagir Ahmed, who also lives in Malad, shared that he had fractured his hand during the lockdown. In such a situation, there was a big crisis due to the family not earning. It was Mizga who came out in support and helped him.

In these trying circumstances, such generous people and their heartwarming gestures are perhaps the best examples of “humanity during adversity”.