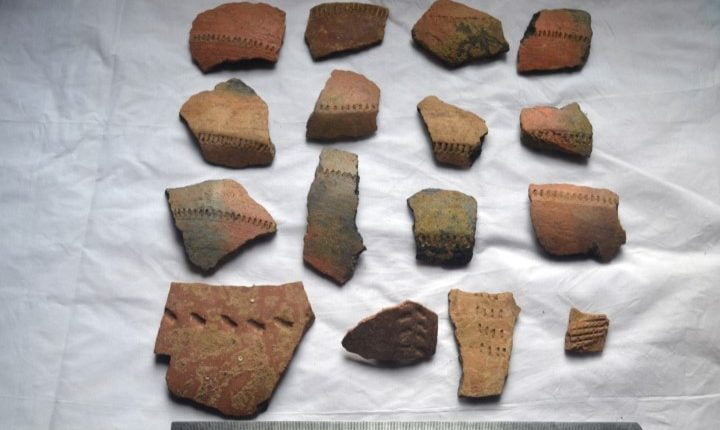 Bhubaneswar: Archaeologists in Odisha have discovered a fortified historic site at Durgadevi in Remuna tehsil of Balasore district. Traces of belongings found there are cultural deposits from Chalcolithic — Bronze, Iron and Urban Culture.

The path-breaking excavation has helped archaeologists trace cultural evolution of the region from 2000 BC to 100 BC.

Odishan Institute of Maritime & South East Asian Studies (OIMSEAS), having got permission from Archaeological Survey of India in February this year, carried out the first phase of excavation from March to May 5.

Located 20 km from Balasore town, bordering Mayurbhanj district, the Durgadevi site has a circular mud fortification of about 4.9 km in circumference between river Sona on the south and Burahabalang on its north-eastern side. 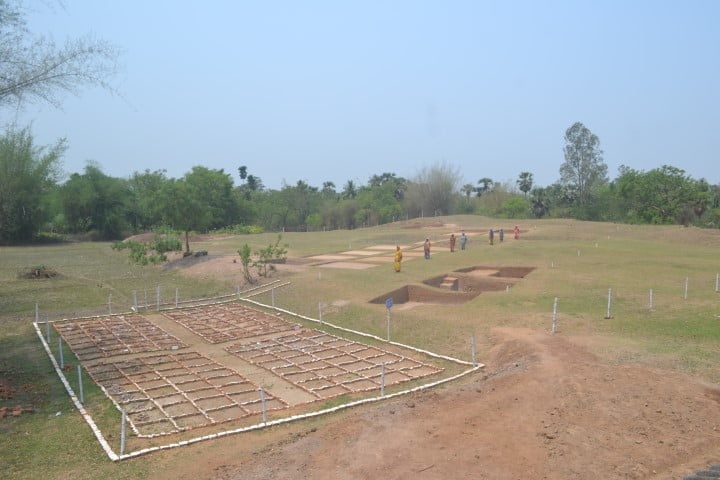 The aim of OIMSEAS archaeologists was to correlate simultaneous growth and development of maritime activities, with urbanisation in the east coast of India linking Ganga valley in north and Mahanadi valley in central Odisha. Their focus was particularly on the early cultural development in northern Odisha.

They carried out horizontal excavation over 2 acres of high land area where a cultural deposit of about 4 to 5 metres was seen. In the first phase of work, scientific archaeological digging was carried out in the selected trenches, which were up to 2.6 metres.

“The result of the excavation is fantastic as for the first time we have discovered traces of three cultural phases in one site. While excavating we discovered remnants of Chalcolithic–Bronze, Iron and Urban Culture,” archaeologist and OIMSEAS secretary Dr Sunil Kumar Patnaik said.

“We have never discovered such a site with remnants of three phases depicting social development of the regions. Here in one site we have found the history of around 2000 years,” he pointed out.

The base of a circular hut is the major discovery from Chalcolithic period, along with some remnants of pottery like black on red painted pottery, black slipped ware, red slipped ware and copper objects. The floor of the circular hut was had red soil mixed with Genguti.

During Suabarai excavation done by Archaeological Survey of India in 2016, archaeologists had found a similar circular hut from the Chalcolithic period.

“Before the chalcolithic phase, the people of the area were following a nomadic lifestyle. The Chalcolithic phase shows the start of settlement in the areas as we found a circular hut. They also started the use of bronze and started agricultural practice, animal husbandry and fishing during this phase,” informed Dr Patnaik. 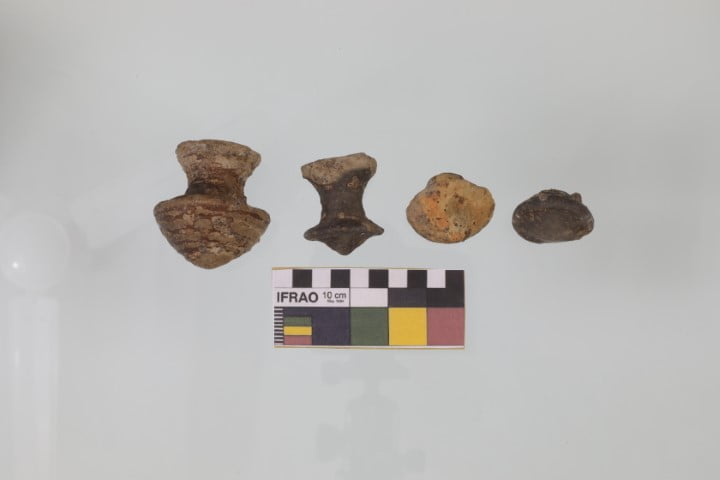 He believes that the second phase brought a revolution in the lifestyle of people as they started adapting to new technologies.

“The second phase shows that people started adapting to new technology and started using iron. They started using weapons made with iron like sword, dagger among others, even in agriculture activities which played an important role in the growth of the civilisation in the region,” Dr Patnaik shared.

There are several Iron Age sites discovered by various archaeologists in upper and middle Mahanadi valley, but this is the first site in north Odisha.

During this phase, fortification of the area started which also led to the beginning of King rule.

“During this phase, people became more advanced and improved from agricultural base to trade, construction of fortification around the site with moat which signify the emergence of urbanisation at Durgadevi around 400 to 200 BCE,” said Dr Patnaik.

The team has sent the sample for carbon dating to identify the exact date of the findings and the site. “We are trying to get an absolute date for the site through AUC, Inter-University Accelerator Centre, New Delhi. The result will be available in coming days,” informed Dr Patnaik.

The second phase of excavation is likely to take place in October. Archaeologists believe it will help gather new information on the development of society and culture of Balasore district as well as the east coast of India.