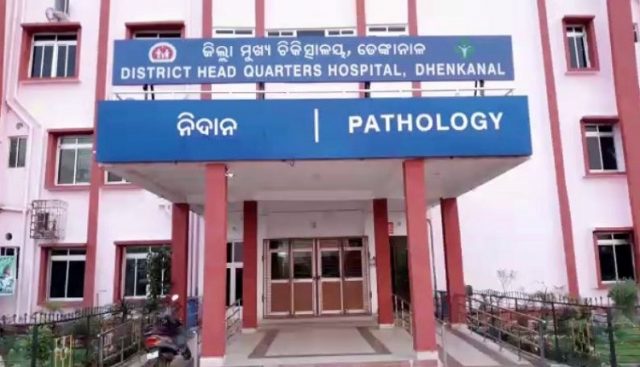 Dhenkanal: A 50-year-old patient died after allegedly jumping off from the district headquarters hospital (DHH) in Odisha’s Dhenkanal early on Thursday morning.

The deceased has been identified as Duryodhan Nayak, a resident of Parjang area.

According to sources, Nayak was admitted to the male medicine ward of the DHH around 10 pm on Wednesday. He allegedly jumped off the fourth floor of the hospital building around 3 am.

Family members suspect that medical negligence and non-availability of bed might have prompted him to take the extreme step.

“If there had been proper security arrangements, my father could have been saved. He was made to sleep on the floor even though beds were available,” Pinki Nayak, daughter of the deceased, told a local channel.

She further said that he was administered saline while lying on the floor and no doctor visited him. “We are yet to know the reason behind his extreme decision,” she added.