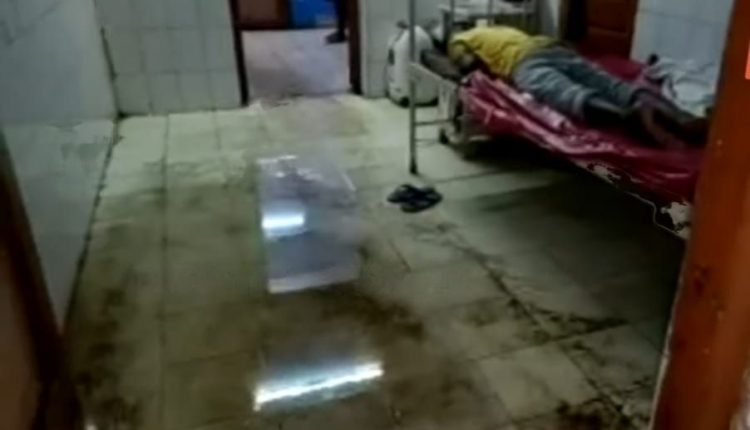 Bhadrak: The crumbling infrastructure of the main government hospital in Odisha’s Bhadrak has been exposed once again after it was flooded with water following heavy rain on Tuesday.

Patients and their attendants had a harrowing time as rainwater entered hospital rooms and partially submerged beds. Patients were left to fend for themselves as several hospital staff were on leave because of the festive season.

Some of the family members of patients blamed the situation on the faulty management of the hospital administration.

It may be noted that the issue of flooding during rainy season in Bhadrak’s main hospital is a regular affair, addressed by the hospital authorities only with temporary measures without any long-term solution.