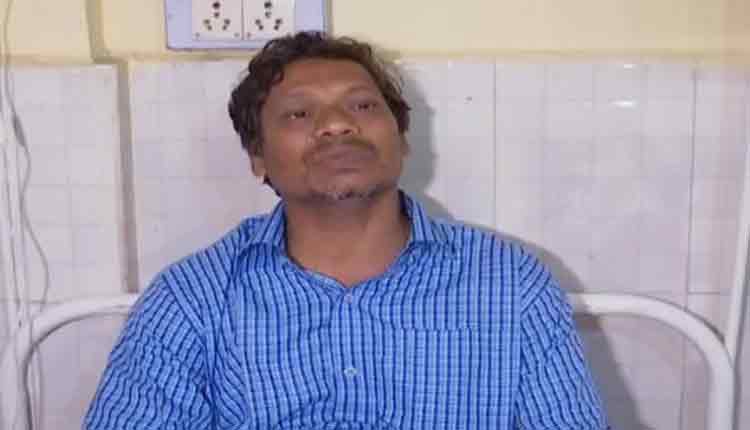 Doctors at the hospital said Meher’s health deteriorated as he has not taken any food for the last 10 days.

Talking to mediapersons at the hospital, Meher said the jail authorities have deliberately spread a misinformation campaign against him.

“I had never tried to escape from the Patnagarh sub-jail. Apart from me, no jail inmates had tried to escape. But the Patnagarh sub-jail authorities have orchestrated the campaign against me to shift me to the Balangir district jail. The jail inmates including me had given a written application to the Patnagarh SDPO urging him to conduct an impartial probe into the incident to bring truth to the limelight. But there has been no response from the SDPO till date. In protest against the gross apathy of the police, I have launched an indefinite fast in the district jail for the last 10 days,” Meher added.

While being shifted to the district jail on February 8, Punjilal had told the media that the police have shifted him to the district jail after he had informed the media that the jail staff of Patnagarh sub-jail is torturing the inmates. Let there be a probe. “I will appeal to the National Human Rights Commission (NHRC) to conduct a thorough probe into the matter,” he had pointed out.

The decision to shift Punjilal from Patnagarh sub-jail was taken following the escape bid of six under-trial prisoners on January 24.

Later, acting on a complaint by jail authorities that Punjilal had orchestrated the escape plan, police had registered a case.

Police later appealed to the Additional District Judge (ADJ) court to shift the accused to another jail. The ADJ, Bidhan Chandra Dhal then directed the jailor of Patnagarh sub-jail to shift him to the district jail.

Are Congress Likely Tie-Ups A Hint Of Desperation?