New Delhi: In his first crucial decision after being elected Congress president, Mallikarjun Kharge on Wednesday named a 47-member Steering Committee which will function in place of the Congress Working Committee (CWC).

There was one name conspicuous by its absence in the Steering Committee – that of Shashi Tharoor, who fought Kharge in the presidential election.

Most of the other top leaders who were members of the CWC have been retained in the new committee, including outgoing president Sonia Gandhi, former president Rahul Gandhi, former Prime Minister Manmohan Singh, Priyanka Gandhi Vadra, AK Antony, Ambika Soni, KC Venugopal and Randeep Surjewala.

Check the members of Steering Committee: 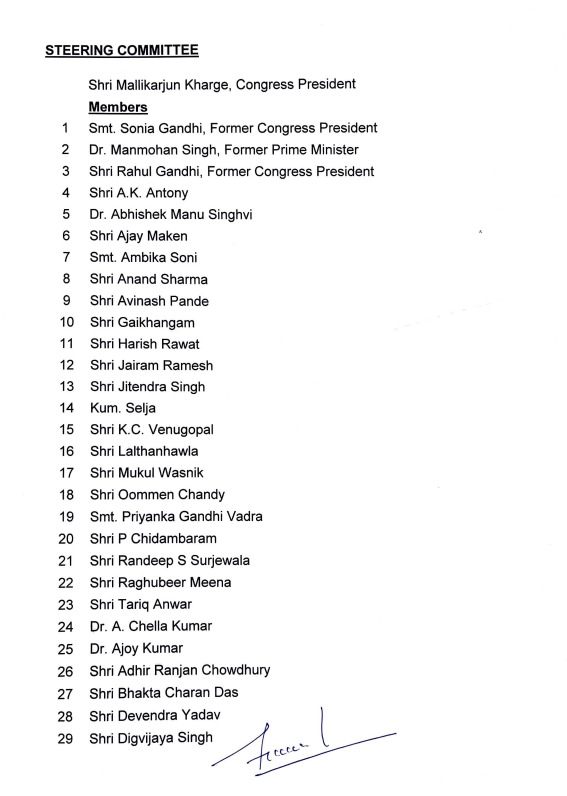 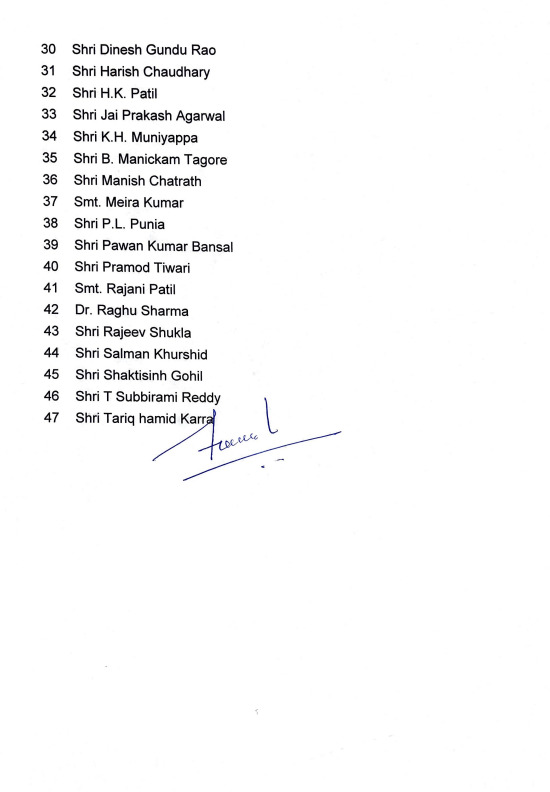 Tharoor may have paid the price for urging Congress delegates to vote for him if they wanted a change in the party. Even though he kept saying it was a ‘friendly’ battle with Kharge signifying democracy within the party, Tharoor made it clear that he could serve as the catalyst for change that Congress needed.

He pointed out differences in treatment during campaigning and even hinted at irregularities in voting.

CWC, the highest decision-making body of Congress, is likely to be reconstituted after Kharge’s election is ratified at the party’s plenary session in March-April 2023.