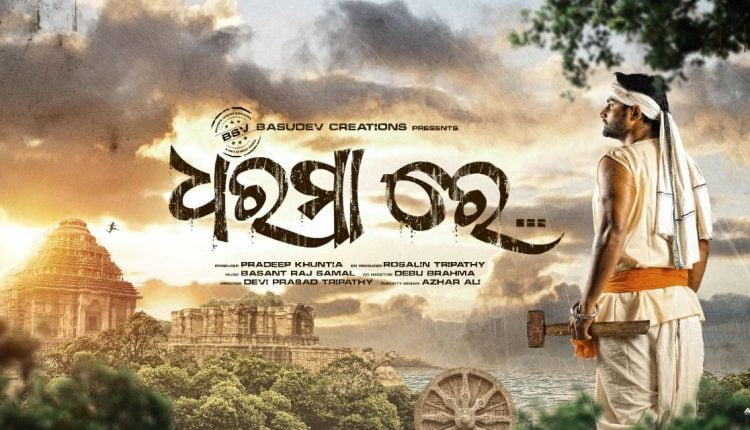 Bhubaneswar: Sun Temple at Konark is known as much for its architectural marvel as the folklores around its construction in 13th century Odisha. Now one of the stories will find a celluloid presentation in Odia movie ‘Dharama Re’.

The movie is based on the stories around chief architect of the temple Bishu Maharana, the protagonist of the movie, said the film’s director Devi Prasad Tripathy. The mahurat of the period film was held in the city recently.

Besides Bishu Maharana, the film will depict the story of his 12-year-old son Dharmapada who sacrificed his life to save 12,000 artisans on completion of the construction of the temple, Tripathy said.

Sambit plays the character of Bishu Maharana while actress Reshmanjali will be seen in the role of his wife. Raimohan Parida has donned the role of King Langula Narasingha Dev.

Produced under the banner Basudev Creations, the star casts of the movie include Puja, Debu Brahma, Pradeep Khuntia and Namita. Pradeep Khuntia is the producer and Rojalin Tripathy is the co-producer.

Devi Prasad Tripathy and Narayan Sahoo have written the story and dialogues of the movie. Basant Raj Samal has rendered music composition of five songs with voices of singer Sricharan and others.

“Pre-production work of the movie is underway and we are planning to release the movie by January 26,” said Tripathy.