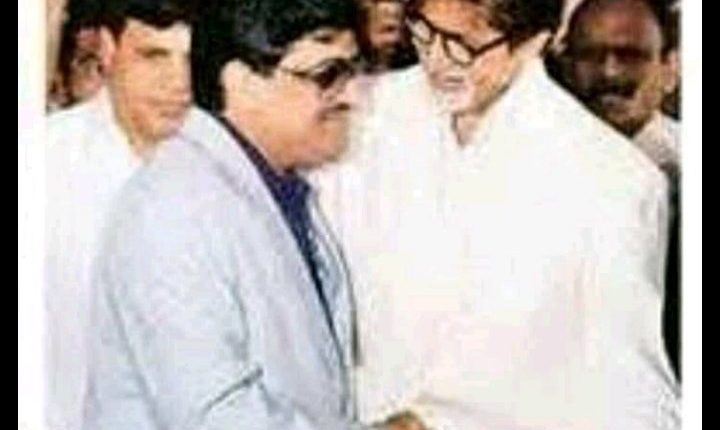 Mumbai: Following Jaya Bachchan’s Parliament speech in support of Bollywood, the entire Bachchan family is being targetted and trolled on social media.

After circulating a video of ‘heavily drunk’ Shweta Bachchan, the social media users have now found a viral picture of Amitabh Bachchan in which he is allegedly seen shaking hands with underworld don Dawood Ibrahim.

The picture was initially shared by a Facebook user and in no time, it became viral on Twitter too.

Take a look at the picture here:

#Who is seen with Amitabh Bachchan on the picture!
Is he the world's notorious terrorist Dawiod Ibrahim!
But is Amitabh Bachchan still in touch with Dawood?
N.B. This picture was taken from facebook,I don't know it's reality. pic.twitter.com/vATAMY37R1

However, the claims were later found to be baseless and false.

The picture was taken by PTI news agency during the commissioning ceremony of Rajiv Gandhi Sea Link.

Remnant Of Cyclone NOUL To Trigger Rains In Odisha