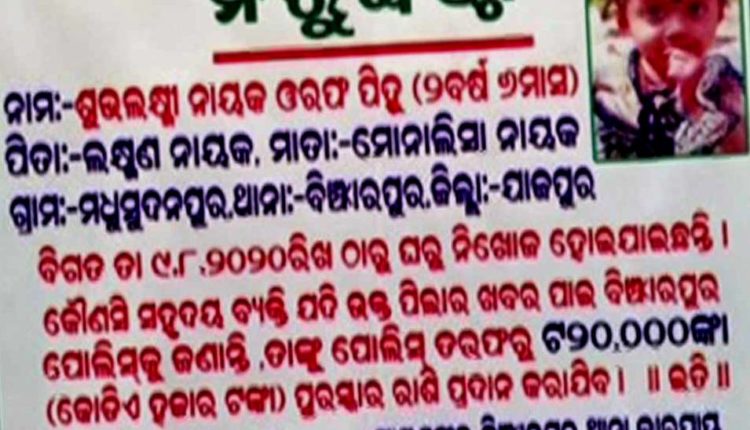 Cuttack: Chauliaganj police on Wednesday picked up the mother of Pihu, the missing minor girl of Jajpur, from OMP Square in Cuttack for questioning.

As per sources, she was on her way to Bhubaneswar in a bus when police picked her up and took her to police station.

After questioning here, she has been taken to Bhubaneswar, said sources. However, it is not yet clear as to why police took her for questioning.

Pihu, the two-year-old girl of Madhusudanpur under Binjharpur police limits in Jajpur, went missing on August 9 last year. Her parents registered case on August 14. There has been no information about her ever since.

Her parents had also staged a dharna in front of the residence of Women and Child Development Minister Tukuni Sahu in January demanding government action in the case and rescue of their child at the earliest.

On February 14 police had released posters of Pihu with her home address at Madhusudanpur village in Binjharpur police station area.  The police also announced a cash reward of Rs 20,000 in the matter.