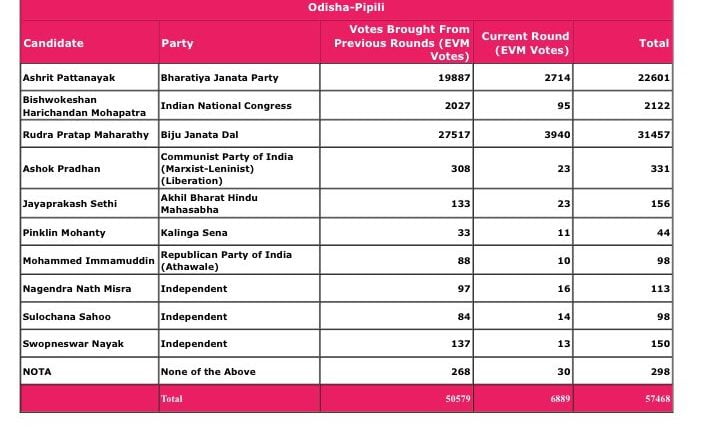 Puri: The Biju Janata Dal (BJD) has increased its lead further after the eighth-round counting of votes for the bypoll to the Pipili Assembly constituency.

According to the official report, the ruling party candidate Rudra Pratap Maharathy was ahead of his nearest rival and BJP candidate Ashrit Pattanayak by 8,856 votes after Round-8.

The final results will be announced after the 25th round counting.