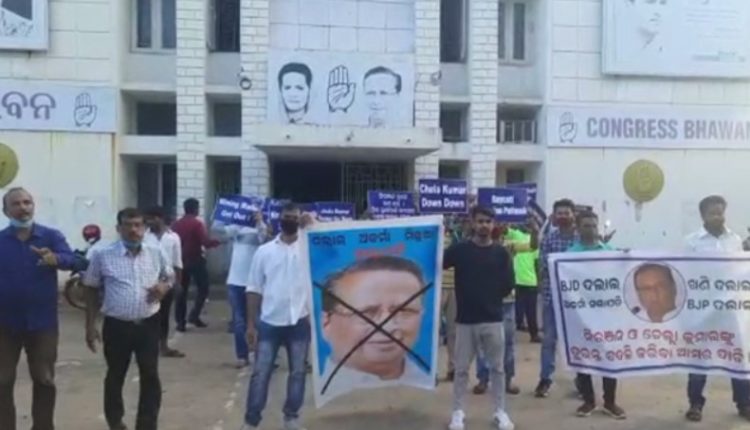 Bhubaneswar: With the Congress candidate failing to garner more than 5,000 votes in Pipili byelections, the party workers on Sunday demanded resignation of OPCC president Niranjan Patnaik on Sunday.

When the counting of votes polled in the bypoll was midway on the day, it was evident that the Congress had lost the race miserably. It was trailing at third spot behind the main opposition BJP and ruling BJD.

At this time, some Congress workers thronged the party headquarters in the city and staged a demonstration against OPCC president. They raised slogans against him and demanded his resignation on moral ground.

They also raised slogans like ‘Niranjan Hatao, Congress Bachao’ (remove Niranjan to save Congress). They said the party has reached a new low due to mismanagement of its affairs by the OPCC president.

They further said this is for the third time in a row that the Congress has performed poorly in the byelections in the last one year. Before Pipili, the party had fared miserably in Balasore and Tirtol bypolls held in November 2020.

Alleging that Niranjan was hands in glove with the ruling BJD and had sold the party ticket to highest bidder, the Congress workers threatened to take up the matter with central leadership in New Delhi.

However, the results are yet to be declared officially.

Also Read: Why Pipili Win Could Mark A Significant Change In BJD’s Script