Piyush Goyal To Act As Finance Minister In Jaitley’s Absence 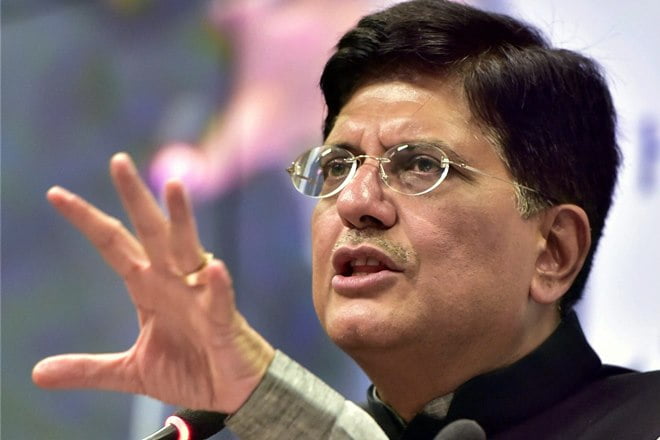 New Delhi: Railway Minister Piyush Goyal has been temporarily given additional charge of the Finance Ministry till the time Arun Jaitley returns from USA where he will undergo treatment.

Jaitley has been designated as a minister without portfolio during the period of his indisposition.

This is the second time that Goyal will serve as Finance Minister. He had earlier stepped in when Jaitley had undergone a kidney replacement surgery.

It, however, remained unclear whether Jaitley or Goyal will present the mini Union Budget on February 1.

Reports suggest that before leaving for US, Jaitley had given the final touches to a universal income scheme, a highly anticipated proposal of the Narendra Modi government to ensure minimum assured income for those engaged in the farm sector and for others.