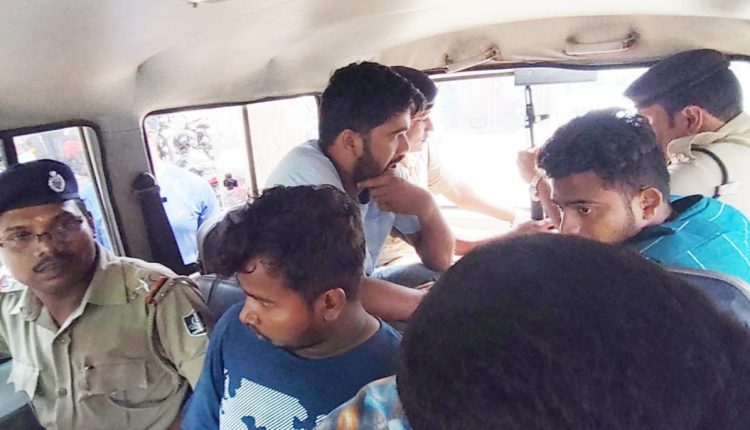 Those arrested have been identified as mastermind Santosh Martha (24), who had allegedly plotted the murder and hired Diptiranjan Jena (24) alias Dipu and Dharmendra Rout (27) alias Bikram of Kendrapada for Rs 80,000 to threaten a businessman over past rivalry, police sources said.

Martha belongs to Sundarpada in Bhubaneswar and is involved in land dealings. Two pistols, mobile phones and live bullets have been seized from their possession.

Police apprehended Dipu and Dharma with criminal antecedents on the Jatni-IIT-Bhubaneswar road while they were on their way to the city, on Tuesday night. A message received on the phone recovered from them led police to the mastermind, who was nabbed from Hairajpur.

Bhubaneswar DCP Prateek Singh said that Martha had hired the criminals to threaten his business rival. Further probe is underway and efforts are on to identify the target, he added.