PM Modi Gets A New Advisor, Know Who 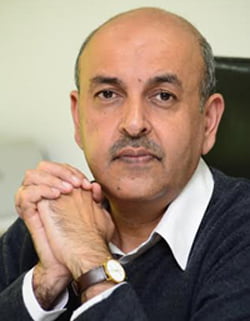 New Delhi: Tarun Kapoor has been appointed as an advisor to Prime Minister Narendra Modi, the Personnel Ministry said in an order issued on Monday.

“The Appointments Committee of the Cabinet has approved the appointment of Kapoor as advisor to the Prime Minister, in the Prime Minister’s Office (PMO), in the rank and scale of Secretary to Government of India, initially for a period of two years from the date of joining,” it said.

The 1987-batch IAS officer of the Himachal Pradesh cadre superannuated as the secretary of the Ministry of Petroleum and Natural Gas (MoPNG) on November 30, 2021.

Before taking over as Secretary, MoPNG, Kapoor was posted as Vice-Chairman, DDA. He has worked as Additional Chief Secretary in the Government of Himachal Pradesh looking after various departments like Power, Environment & Forests, Food and Civil Supplies, Excise and PWD. He has also worked as Joint Secretary in the Ministry of New and Renewable Energy looking after National Solar Mission for five years. He also worked in Satluj Jal Vidyut Nigam Ltd, a CPSE in the area of hydropower.

In December 2021, he was then appointed as Chairman of the Petroleum and Natural Gas Regulatory Board (PNGRB).

Administrator, Universal Services Obligation Fund in the Department of Telecommunications Hari Ranjan Rao and Chairman and Managing Director (CMD), Food Corporation of India, Department of Food and Public Distribution Atish Chandra have also been appointed as additional secretaries in the PMO, the order added.

They are 1994-batch IAS officers of Madhya Pradesh and Bihar cadres respectively.

34 New Courts To Be Established In Odisha; Know Where