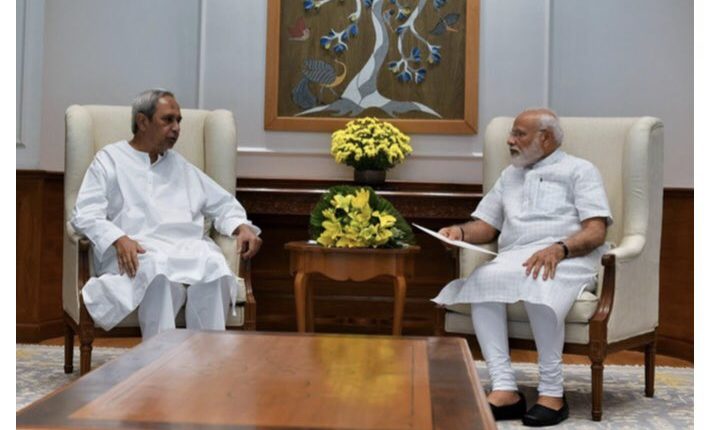 Bhubaneswar: Prime Minister Narendra Modi is likely to visit Odisha on Friday to conduct an aerial survey of Cyclone Amphan-affected areas in the state.

He may also hold discussions with the state government officials. However, there has been no confirmation in this regard from the PMO.

According to sources, security meeting by top police and airport officials for the possible visit of the PM was held in the city on Thursday.

Meanwhile, Chief Minister Naveen Patnaik made an aerial survey of cyclone-affected districts this afternoon and ordered for early restoration of normalcy in those districts.

Super cyclone Amphan barrelled through the Odisha coast on Wednesday, leaving behind a trail of destruction in the shape of damaged houses, uprooted trees and flattened electricity pole. Betel vines in several districts of the state were also destroyed in the strong winds and heavy rain.

Over 44 lakh people of 1500 panchayats under 89 blocks in coastal districts have been affected.

The Odisha government has asked the collectors of the affected districts to submit the cyclone-damage report in two days.