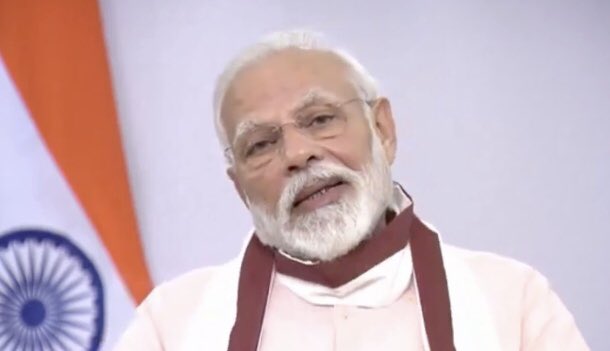 New Delhi: Prime Minister Narendra Modi’s address to the nation on Tuesday was replete with quotes that will serve as fodder for the coming many weeks.

He stressed on an ‘Aatm Nirbhar Bharat’ while saying how the coronavirus pandemic is an opportunity for India to be self-reliant. While talking about the country’s capability and talent to manufacture world class products, he implored Indians to be ‘Vocal About Local’. He said the country needs an economy that brings quantum jump, not incremental change.

Ganjam Collector Rules Out Community Spread of Corona In District

No Rath Yatra For Next 12 Years If Govt Cancels This Year, Says Puri Sevayat