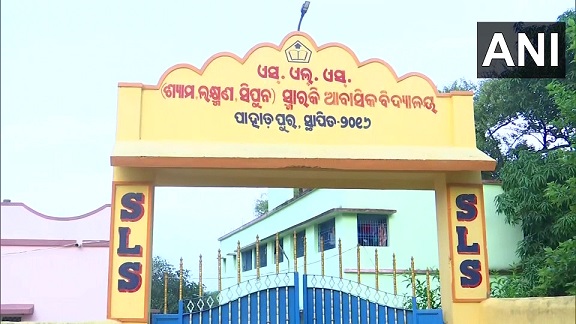 Bhubaneswar: Prime Minister Narendra Modi will launch 5G services in the country at the India Mobile Congress 2022 in New Delhi on Saturday in a short while from now. Far away from the national capital, there is an air of excitement at a residential school in Odisha’s Mayurbhanj district.

The SLS Memorial Residential School founded in 2016 by President Droupadi Murmu at Pahadpur, her late husband’s village, will be part of the live demonstration of 5G services at the launch event of high-speed telecom services in the country.

Murmu started the school in her in-laws’ ancestral house in memory of her late husband Shyam Charan Murmu, elder son Laxman and younger son Sipun, who passed away between 2009 and 2014.

“Reliance Jio officials have set up a temporary tower on the school campus for the live demonstration of 5G services,” Munna Pratihari, vice-president of the school managing committee, was quoted in a media report as saying.

Pahadpur, about 20 km from Mayurbhanj’s sub-divisional headquarters Rairangpur, is a ‘digital village’ — all its residents have bank accounts and carry out cashless transactions.

During the live demonstration of 5G services, Reliance Jio will connect a teacher at a school in Mumbai with students in three different locations in Maharashtra, Gujarat and SLS Memorial Residential School in Odisha, demonstrating the power of Augmented Reality (AR) on screen and how 5G will facilitate remote learning without the need for an AR device, a report in Mint said.

In Airtel’s demo, a girl from Uttar Pradesh will learn about the solar system with the help of virtual reality and augmented reality. She will share her experience with Modi by appearing on the dais through a hologram.

Vodafone Idea will demonstrate the safety of workers in an under-construction tunnel of Delhi Metro by creating a ‘digital twin’ of the tunnel on the dais. The ‘digital twin’ will help give safety alerts to workers in real-time from a remote location, the report said.