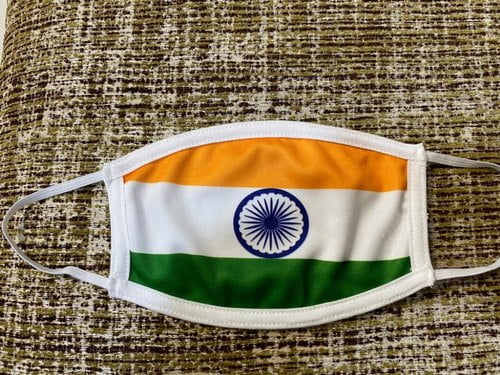 New Delhi: India’s 74th Independence Day on August 15 will go down in history as being the most low key due to ongoing coronavirus pandemic as no public gathering will be allowed.

However, overzealous manufacturers have made masks with patterns and colours of the National Flag, which are being sold a dime a dozen everywhere in the country.

Congress leader Digambar Kamat has demanded a ban on these masks with the tricolour and Ashok Chakra printed on it. The former Goa Chief Minister took to Twitter to protest the masks with the colours and pattern of the National Flag, Times OF India (TOI) reported.

Earlier in Ranchi, the Additional District Magistrate issued a strict ban on the sale of tricolour masks and also warned of strict action against those violating the ban. He ordered the local police to keep an eye on the markets selling designed masks with the tricolour and Ashok Chakra.

The idea of designing Tricolour on masks is a complete disgrace to the Indian flag. If people buy these masks, then there is a possibility of their improper disposal, which will be disrespectful to the National flag as per the flag code.

Further, the Flag Code of India 2002, has a set of rules, laws, and practices that applies to the display of the National flag. Anyone violating any of the laws or regulations mentioned in this code is considered a punishable crime, the report added.

54 Among 59 New COVID-19 Cases From This Area In Odisha’s Sambalpur; 8 Corona Warriors Infected