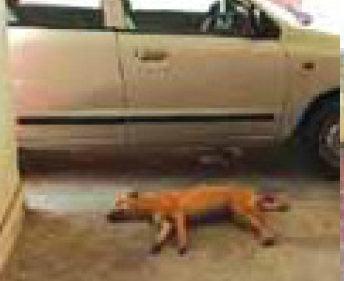 According to sources, a complaint in this regard was lodged by MCL security officer KD Prasad on May 28 after a woman allegedly poisoned the dogs for damaging her vehicle’s seat cover. She has been identified as Sushree Sangita Biswal.

People For Animals (PFA) here was informed about the incident on May 29. They also lodged a complaint at Burla police station on Wednesday.

Jatinder K Sharma of PFA Sambalpur said they found a carcass of a dog in a garbage dump and took it to Burla hospital postmortem. Stating that it was a sheer act of cruelty against animals and poisoning of dogs is a crime, he demanded stern action against the perpetrator.

Sambalpur SP B Gangadhar received a written complaint from the local rights activists after being contacted by the MP. He said the guilty will be punished.

Burla police station IIC Kamal Lochan Panda said CCTV footages from the colony is being analysed to ascertain what led to the death of the canines.

Odisha Most Likely To Cancel Plus II Exams, Clouds Over Evaluation Process