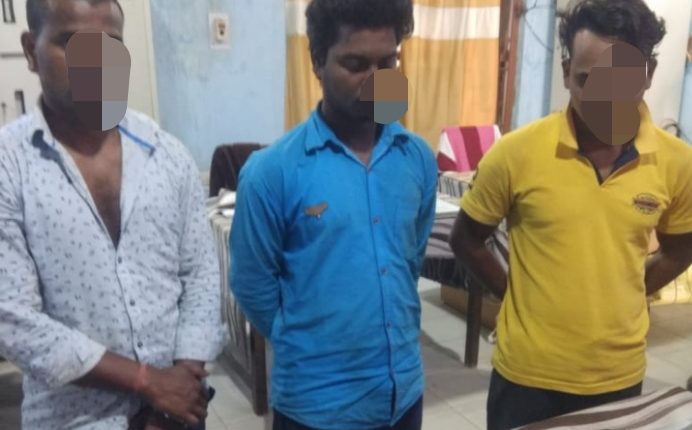 Puri: Police busted a snatchers’ gang and arrested its three members in the district on Sunday.

Following reliable information regarding the whereabout of the three gang members, Pipili police conducted a raid on their house in Delang and nabbed them. Police have also seized mobile phones and a motorcycle from their possession.

The looters were allegedly involved in several cases of snatching valuables like gold chains, mobile phones, and cash from the people on Jatni road at night, sources said.

It may be noted that the Commissionerate Police busted a looters’ gang and arrested four of its members in Bhubaneswar on Wednesday last.

CBI Notice To Abhishek’s Wife: Won’t Be Cowed Down, Say Mamata & His Nephew