Police Attacked For Attempt To Stop Mass Celebration In Mayurbhanj 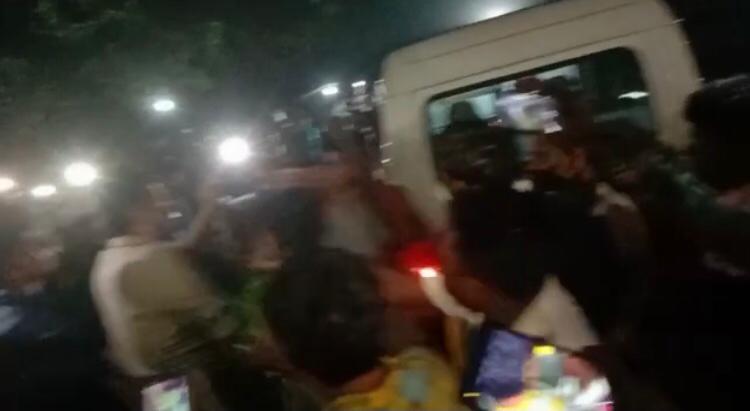 Mayurbhanj: Three police personnel were injured in an attack by people while the former had gone to stop community celebration of ‘Chaiti’ festival in violation of COVID-19 guidelines in the district on Saturday night.

According to sources, over 5,000 people of Kolha tribe had gathered at Dieban Bahali village under Sarat police limits to celebrate the festival. They were reportedly taking prasad and dancing.

On being informed, police reached the village to stop the celebration. They informed the people about COVID-19 norms and tried to disperse them. In retaliation, the villagers thrashed some policemen mercilessly.

They also broke the glass of police vehicle. Three police personnel were injured in the incident, said the sources. However, no one was arrested till the last report came in.

Notably, number of Corona cases has been increasing in the district for the last few days. The district registered 199 cases in the last 24 hours.

Odisha Lockdown: Know The Activities That Will Be Allowed

Social Distancing, So Easy Yet Difficult; Why?