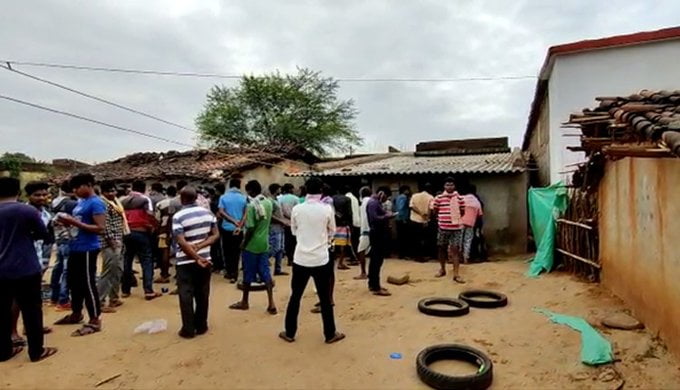 Balangir: Hours after the bodies of six family members were recovered from their house at Sanrapada village under Patnagarh police limits in Balangir district on Wednesday, police confirmed it’s a clear case of murder.

Balangir SP Madkar Sandeep Sampat told mediapersons that preliminary investigation by the scientific team has revealed that the six family members have been murdered.

“Police found some sharp weapons inside the house with blood stains and sharp injury marks on the head of the deceased who have been identified as Bulu Jani (50) his wife Jyoti (38), two daughters Sarita (12), Shriya (3) and two sons Bhisma (5) and Sanjib (2). From this, it is now clear that more than one person has perpetrated this heinous crime,” he added.

He further said that prior to this incident, one of the family members of Bulu Jani was murdered.

A native of Bihar, Bulu had settled in Sanarpada village and was collecting and selling honey in Balangir and outside the district for the last 10 years.

Six Of Family Found Dead Inside House In Odisha’s Balangir