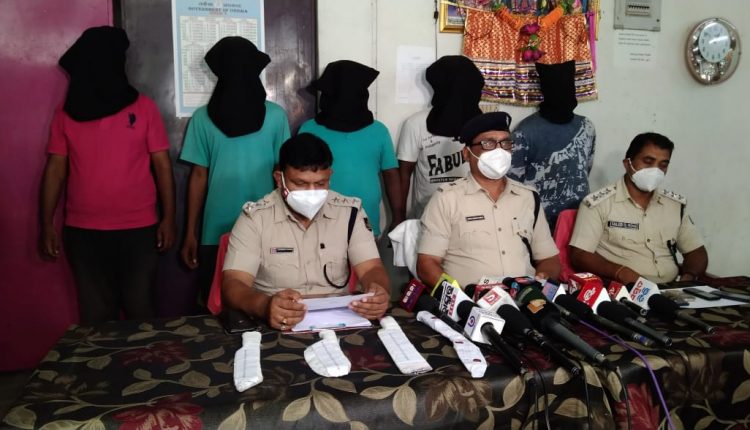 Puri: Police on Friday arrested five persons, including the prime accused in the alleged murder of thermocol artist Jitendra Purohit near Tiadi park in Puri on July 25.

The murder weapons, four mobile phones and a motorcycle were seized from their possession, police sources said.

The accused had attacked Jitendra of Baseli Sahi with sharp weapons while he was on his way to a pond in the area around 6 pm on July 25. He was rushed to a local hospital, where doctors declared him brought dead. One Chandrasekhar Purohit of Odia Matha lane had lodged a complaint in this regard with police.

Treating it as a Red Flag case, Puri SP Kanwar Vishal Singh formed three separate police teams lead by DSP City, Baselisahi IIC, and Town PS IIC and raids were conducted at various places within and outside the district to nab the assailants.

To ensure speedy justice, police have decided to complete the investigation and submit
the charge sheet within 30 days.

Notably, Gedu Mundi was earlier arrested for hurling bombs at Jitendra’s house. persons. They were close friends, who took to crime, but later turned sworn enemies, the sources added.

Also Read: Man Killed Over Past Enmity In Puri

Record 2.2 Crore Vaccines On PM’s Birthday; Why Not Similar…