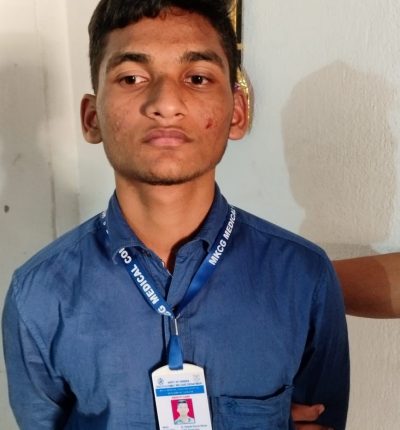 Berhampur: On a day when the Odisha government issued instructions for crackdown on brokers in its medical college and hospitals, the police detained an engineering student on suspicion of being a broker at MKCG Medical College and Hospital in Berhampur of Ganjam district on Friday.

As per reports, the youth of Sanakhemundi in the district was taking a patient to Orthopedic Surgery department in the hospital in the morning when he had a tiff with an employee. On coming to know about it, the security guards arrived at the spot and demanded to know the identity of the youth.

The young boy, who had an identity card around his neck, showed it to them. The card, which had the boy’s photograph, mentioned him as Dr Dipak Kumar Nahak, Outdoor supervisor. But there is no such post in the hospital. On suspecting the identity card and the age of the youth, the security guards handed him over to the police outpost in the campus.

The outpost personnel took him to Baidyanathour police station. During questioning by the police, the youth said he was a diploma engineering student. He also admitted that he had purchased the identity card for Rs 80 from a shop near Courtpeta Square in the city.

The police have detained him on suspicion that he may be working as a broker for some private hospital or nursing home.