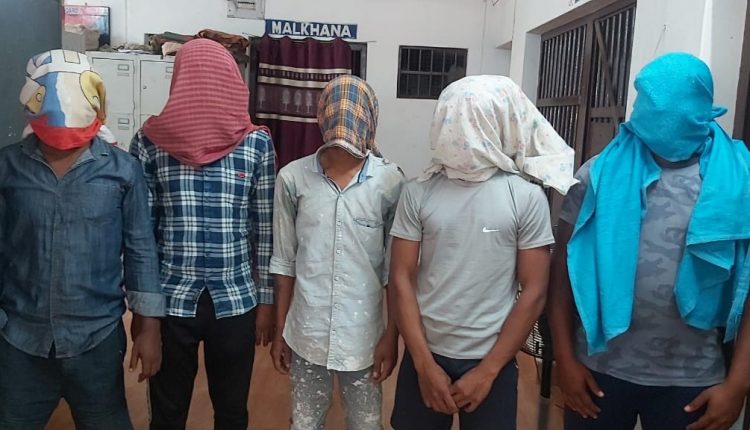 Berhampur: Police have arrested a gang of dacoits and foiled their plan to loot a petrol pump near Techno Park on Luchapada-Gurunthi Road in the city.

According to sources, a team of Berhampur Sadar police led by SI Kelu Charan Mallick conducted a raid on a place behind Pani Mahaprabhu Temple near Luchapada-Gurunthi Road where the dacoits were planning for the crime.

The police also seized some arms including two iron swords, two iron rods, four live country bombs, one iron cutter blade and other articles from their possession. They were forwarded to the court on Wednesday.

According to the police, K Mohan Rao was previously involved in 20 criminal cases, Kuna Gouda in 12 cases, Tarini Das in 9 cases and Dhruba Sahu in 3 cases.