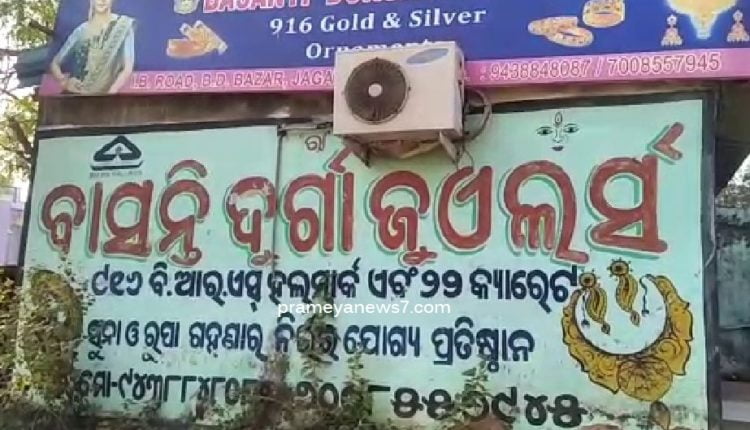 Cuttack: The Commissionerate Police on Thursday recovered gold and silver ornaments stolen from a jewellery showroom in Jagatpur on the outskirts of the city and arrested five persons.

Briefing mediapersons, Cuttack DCP Prateek Singh said the police have recovered 25.5 kg of silver ornaments, 385 gram of gold ornaments, Rs 12,400 in cash, one car, two bikes, four mobile phones and a gas cutter from the possession of the accused.

Of the five arrested persons, one is the prime accused who is also involved in two similar cases in Bhubaneswar and another is a local trader of Choudhury Bazar in Naya Sadak area of the city.

Singh said the accused had entered the Basanti Durga Jewellers at Jagatpur on December 4 night by cutting a portion of the wall on the back side of the showroom and decamped with 35 kg of gold, more than 25 kg of silver ornaments and Rs 60,000 in cash.

The DCP said the police had formed a special squad following the complaint lodged by the jewellery shop owner.

Stating that the police are on the lookout for the recovery of the remaining stolen ornaments and cash, he said the five accused forwarded to the court on the day will be taken on remand for interrogation.

Grim Prediction: WHO Says Second Year Of Pandemic Could Be Tougher Than First