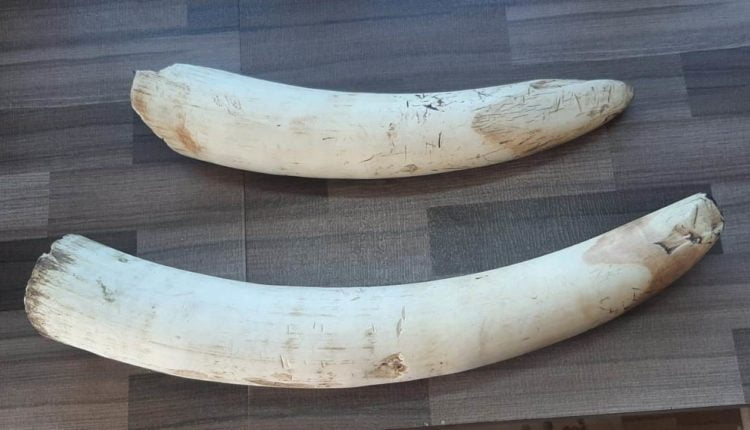 Acting on a tipoff, STF personnel raided the area in the morning and arrested Hrushikesh Kumbhar of Dipapali village, Chadheipanka block under Ulunda police limits in Sonepur district, and Gopal Krushna Budak of Keutibahal village under Charmal police limits in Sambalpur district.

The accused duo will be forwarded to the court on Friday after an interrogation, the STF officials said, while the seized tusks will be sent to Wildlife Institute of India, Dehradun, for chemical examination.