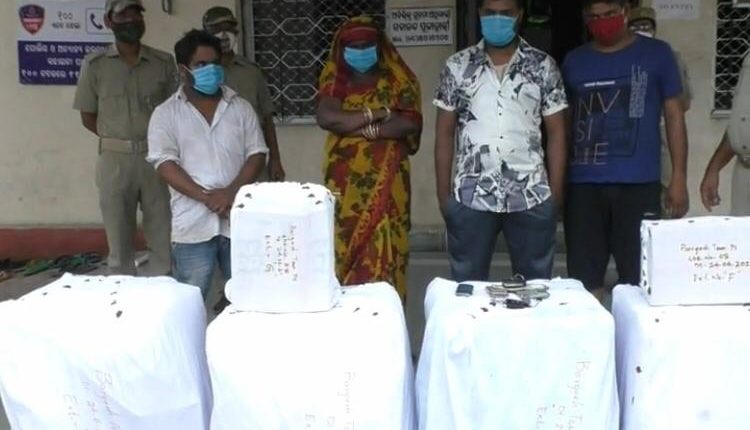 Bargarh: Police seized 1,920 bottles of cough syrup and arrested three men and a woman for allegedly smuggling them in Bargarh town on Friday night.

“Acting on a tip-off, we had sent a team to conduct a raid. Our team intercepted the accused while they were bringing in the cough syrup bottles to Bargarh town,” Baragarh SDPO Deepak Kumar Gochhayat told the media.

“We have seized cough syrup worth over Rs 3 lakh. Besides, three mobile phones, Rs 5,000 in cash, 20 packets of nitrofen tablet and two cars were seized. One of the cars bore a fake press sticker,” he added.

The SDPO informed that the accused were arrested once earlier. “They have been carrying out this illegal trade for the past one year,” he said.

Thundershower In Cuttack, Bhubaneswar For Next 3 Hours; Know Rain Forecast Till June 28 Morning