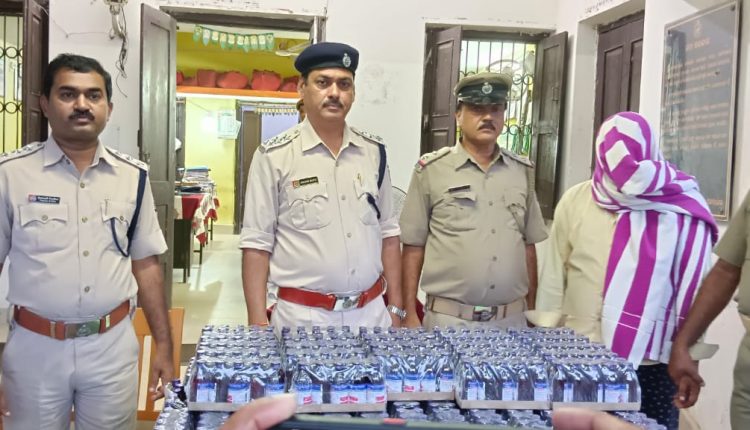 Boudh: Police have seized huge quantity of cough syrup bottles while being illegally transported in Odisha’s Boudh district on Sunday.

Speaking to media persons on the seizure, Boudh SDPO Anand Bardhan Guru said while a team from Manamunda police station was on checking duty at Gandhi Chhak near Tel river bridge on National Highway 57, a car going towards Sonepur approached the place.

On finding the police team, the car made a U-turn and raced back. Suspecting the activity of the car driver, the police team gave a chase and stopped it.

On searching the car, the police found 640 bottles of Eskuf syrup of 100 ml each and four strips of Clonafid 0.5 mg tablets in four cartons in the back side of the vehicle. The car driver, identified as Jagabandhu Meher of Malpada in Balangir town, could not produce any document for transporting the cough syrup. The police seized the car and cough syrup and arrested Meher.

The SDPO said consumption of the syrup mixed with Clonafid tablet leads to intoxication. The accused person was transporting the medicines illegally to sell those to addicts, he added.

Netaji Statue Prototype Gifted To PM Modi Among 1,200 Items To Be Auctioned