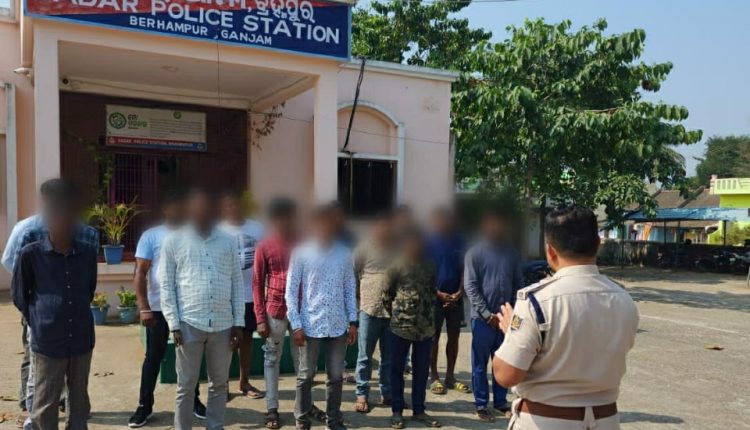 Berhampur: While Odisha’s Berhampur city is all set to welcome the New Year with celebrations at the zero hour, police have made elaborate security arrangements to maintain law and order.

In order to ensure peaceful celebrations by the people in the city, anti-socials were called to police stations and warned not to create any disturbances at public places on the night of December 31, said Berhampur SP Saravana Vivek M.

While 15 anti-socials were warned in Town police station, 17 were called to Sadar police station. After warning, they were let off with an undertaking, said the SP.

Besides, the police teams were keeping an eye on the places of celebrations around the city and the vigil would continue till tomorrow morning.